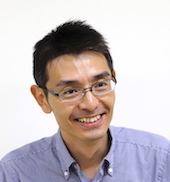 Yutaka Hori received the B.S degree in engineering, and the M.S. and Ph.D. degrees in information science and technology from the University of Tokyo in 2008, 2010 and 2013, respectively. He held a postdoctoral appointment at California Institute of Technology (Caltech) from 2013 to 2016. In 2016, he joined Keio University, where he is currently a senior assistant professor. His research interests lie in feedback control theory, mathematical optimization and their applications to biological systems.

Department of Applied Physics and Physico-informatics, Faculty of Science and Technology, Keio University